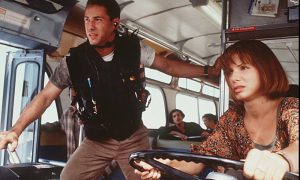 The general reasoning being that it was nigh on impossible for a business to be profitable delivering a high quality product, quickly and at a low price.

In the new century internet entrepreneurs such as Jeff Bezos (Amazon) and Tony Hsieh (Zappos, now owned by Amazon) compellingly disproved this mantra.

Three months ago Amazon delivered a record performance in 2020 with annual revenue up 38 per cent to $386 billion, a yearly increase of over $100 billion with year-on-year net profit up 84 per cent.

It’s easy to minimise the success of Amazon by pointing to their simple business model designed for the storage and delivery of non-perishable products.

Quite realistic, as Lemonade, a US-based insurer has amply demonstrated.

Lemonade launched six years ago and has recently topped 1 million customers as well as exceeded USD 100 million in annual sales.

The astonishing success of this David entering a highly competitive marketplace dominated by existing Goliaths is driven by a customer experience rating that completely explodes the existing paradigm of what’s possible in the centuries-old insurance sector.

As Smart Company reported this week:

Customers absolutely love it. In a category where the average net promoter score (NPS) is under 20, Lemonade’s is an astounding 70. In fact, customers love it so much that an estimated 5% of policyholders returned the money they received after making a claim, when a lost or stolen item was subsequently found.

Lemonade focused their resources on both the sign-up and claiming process, seeking to leverage the opportunity available in the two areas that take most of the time and cause most of the frustration for potential and existing customers.

Historically, both have been bureaucratic, cumbersome and painstakingly slow. Lemonade met this head on by pouring its funds, talents and behavioural science expertise into developing two world-class chatbots that completely shatter category norms.

Maya, the sign-up bot, is available 24/7 and can have the average new customer signed up in under a minute.

This includes cross referencing the claim against the relevant policy, running over a dozen anti-fraud algorithms, approving the claim, sending wiring instructions to the appropriate bank and notifying the customer of the good news. All in under three seconds. (Smart Company 10 May 2021)

Any traditional insurance company would have regarded those times for sign up and claims settlement as something to aim for in the next century.

What similar paradigm might the recruitment industry be stuck in with respect to the time it takes to deliver suitable candidates and completing a recruitment process?

Every piece of evidence, anecdotal or more substantial, points to the fact that internal recruitment teams are already overwhelmed with requisitions and can’t hire additional recruiters fast enough to handle the volume and are outsourcing the overspill to agencies.

This trend points to a major problem in organisations having vacancies filled quickly.

The time-to-fill data trend from mid-last decade was disastrous (average time-to-fill blew out from 42 days to 63 days between 2010 and 2015) and nothing I have seen or heard  suggests any improvement in the five years leading up to the pandemic-induced economic slowdown of 2020.

Quality of talent will always be an important factor for organisations however the reality of the super-hot talent market is that unless organisations are prepared to pay a substantial salary premium to hire top talent they will have to settle for the best-available talent for the money they are prepared to offer.

Best-available talent will, often, mean the best candidate (willing to accept an average salary) delivered quickly. Organisations that have already spend weeks trying to hire through their own sources and come up short will, by then, be desperate to hire and need to move fast to make a hiring decision.

Agencies with the capability to deliver quickly will be at a massive advantage.

Hiring managers, increasingly desperate after weeks of a vacant seat (or two, or three), will be thrilled to receive a decent shortlist of three or four candidates within the hour of a job being registered with an agency.

The agency’s fee becomes much less relevant in the context of a fast service. A hungry man doesn’t ask “is the chicken free range?” when you offer him a hot chicken pie.

A better quality shortlist delivered four days after the job has been registered may be redundant if the fast-turnaround agency already has the preferred candidate at second interview.

In November last year I wrote about SMAART Recruitment implementing TalentTap to assist in improving the productivity of its database, especially speed-to-fill for temp roles.

This week I contacted SMAART MD, Maarten Roosenburg, to enquire about progress.

The good news is that the technology works very well and upwards of a dozen roles have been filled within minutes using TalentTap. SMAART have also implemented smartAI to re-connect with passive candidates and discover their interest and availability for work. Roosenburg identified the recruiters’ allocating sufficient time to contact candidates as the biggest opportunity for improvement.

“The technology we have implemented works as promised. Undoubtedly the most important thing we have learned is that a strong pre-existing relationship with the candidate maximises the likelihood of us receiving a response from any contact the technology has initiated.

The candidate is only going to pay attention to job alerts when they are confident we know what they want and are being selective. The vacancies have to be relevant otherwise they will just ignore the job alerts.

At the moment we have about 700 engaged candidates who have opted in to TalentTap and my goal is to get that to 3000 as soon as possible. To that end we have recently employed a candidate manager who will be fully focused on TalentTap.”

As I wrote last February the candidate experience is mostly terrible, with both agencies and direct-hiring organisations equally as bad as each other.  The opportunity here is as obvious as it is huge.

The two most important steps in generating deeper candidate engagement and providing faster service for clients is deep specialisation, and reducing job board advertising, ideally to zero (for the unconvinced read how Jigsaw Talent Management accomplished this over seven years ago, including why they chose to take this step in the first place).

There’s a lot of money to be made by agencies delivering value-for-salary candidates quickly, as internal recruitment teams won’t be able to deliver on the number of vacancies they are inundated with and it will take many months for organisations to align internal remuneration with a rising external market.

The value-for-salary speed game is the game you want to be fit to play for the foreseeable future.

What combination of strategy, technology, processes, and human skills will you need to make that happen?

A.I. will change agency recruitment but in an unexpected way

Talent Agent: much talked about but still a very long way off

Is job board advertising working for you?

This ethos of this is so, so true.
After about 3 months of recruitment I realised jobs would come (sooner or later) and that the candidate is king.
Having a hand of kings to play every time was the key.

It seems so obvious, Jim, yet so few recruiters operate that way. I find it baffling.

It seems so obvious, Jim, yet so few recruiters operate that way. I find it baffling.