A country boy, from Dover, 80 km south of Hobart, Dad boarded at Friends’ School for his high school education. As a youth, Dad was a very good runner, winning the 1950 Tasmanian Schoolboys’ 880 yard event as well as being a member of the school’s winning cross country team.

He was also a very good amateur footballer, playing in 4 premierships and in 1964 at the age of 30, unexpectedly winning selection in the state team for the Australian Amateur Championships, held that year in Adelaide.

Dad was an exceptional mature age student. Over a six year period he gained his Society of  Accountants qualification, topping the state in several exams, gaining honours and twice topping Australia in auditing and taxation subjects, before his graduation in 1965.

Dad was fitness-focused. He was a learner who was interested in, and learnt about, other people and other cultures. He was witty and he was a community leader. He was surprising and sometimes, quirky. Dad was genuine and he was loyal.

Most of all, I want you to know that Dad was a loyal husband to Mum for 52 years and he was a very involved and influential father to me, Mary, Jill and Anne.

Dad constantly read to me as a child, fuelling my love of reading that continues to this day. I especially loved the stories he read from the book of West Indian Folk tales. Dad kicked the footy with me. Dad bowled to me in the front and back yard. He took me floundering at Dover. He drove me to all my school cricket and football matches. He attended all the productions I acted in and he rightly took me to task when I failed to live up to my commitments and his expectations.

Even in recent years, Dad’s perceptive comments about my various blog posts provided feedback I valued more than any other person’s. Most importantly, Dad was there for me when my first marriage failed and I needed my father’s support more than at any time in my life.

Dad kept his health up with walking and swimming until his late 70s when he suffered from, what we subsequently discovered to be, small vessel disease of the subcortical white matter of the brain. In layman’s terms, this is a series of small, and often unrecognised, strokes that lead to cognitive impairment.

For Dad, this slowly became both debilitating and demoralising. When my sister, Mary died of breast cancer in January 2012, we were all devastated but I have no doubt, Dad took it hardest of all. This tragic event marked the beginning of a slow but significant decline in Dad’s physical and mental health from which he never recovered.

How do I sum up Dad’s life?

In one of his many scrapbooks I founded a list called: Ten Rules for Meeting and Greeting.

The final rule is this:

Be willing. Be of service to others. Remember all the things others have done for us over the years.

Dad was willing. Dad was of service to others. And I remember all the things that he has done for me, my family and for other people over the years.

Dad – thank you for teaching me how to be a man, a good man. I am very proud to be your son. 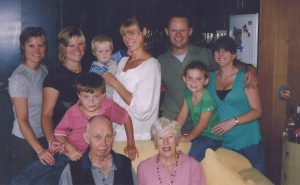 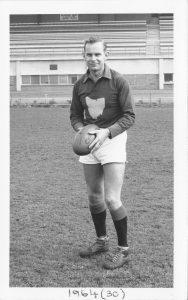 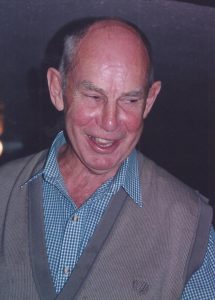 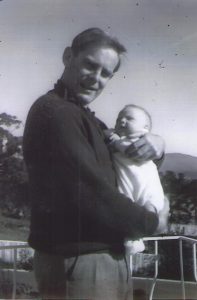 Awww so sad Ross for the loss. Accept my sympathy and deepest condolences even though belated. I missed the sad news. I have been away from the community for a while. Indeed, from your powerful testimony, your dad was truly a great man. Be consoled. Those we love never really die. They continue to live in our hearts forever. All the best to you and the family.