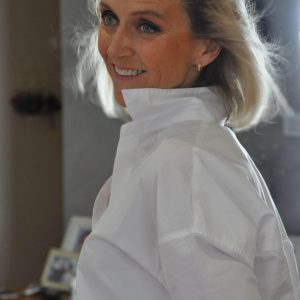 The death of my sister, Mary, from breast cancer nearly 7 years ago, was the shocking event that opened my eyes to the reality that cancer, in all its many forms, was a heartbreak that many families have to face. Like Mary, many people die from cancer at an age when they should still have many decades of useful life ahead of them.

Since Mary’s passing there have been other cancer deaths in my wider circle of friends and acquaintances but sadly a blow was landed much closer to home last week when my former colleague, Kristen Florance (nee Hambly) passed away in Sydney from ovarian cancer at the age of 53. Kristen’s husband, Adrian, now faces life as the sole parent of their two daughters, Taylor (18) and Tegan (15).

Kristen was diagnosed early last year and had undergone surgery followed by bouts of chemotherapy. Although we had not seen each other since Greg Savage’s 50th birthday party in 2008, Kristen and I had stayed up to date with each other’s lives via Facebook.

I first met Kristen in January 1991 when I joined what was then known as Temporary Solutions in Sydney. Kristen was, and remained for her whole tenure at the company later known as Recruitment Solutions, Greg Savage’s PA. When the company moved from 50 Margaret Street to 275 George Street Greg’s office was relocated to be right next to the consulting area and Kristen’s desk was outside his office. I sat about 5 metres away from Kristen for the next 6 years.

Both being extroverted Geminis (our birthdays were five days apart) we got on well and I quickly came to respect Kristen’s skills and I warmed to her easy-going nature.

Kristen was the perfect foil for Greg. The GMs, team leaders and consultants in the business were all slightly wary of what Greg mood might be in when a ‘meeting with Greg’ was scheduled or imminent. But there was no such concern about Kristen’s mood – she was always in good form; quick with a smile, happy to help and always a reliable source of knowledge and help when you needed to get something done either inside or outside the company.

As to Kristen’s competence, well, all you need to know was that she remained Greg’s PA for more than a decade. No further elaboration or endorsement is required.

It’s a cliché to say somebody was a wonderful person and loved by all but Kristen truly was that person – I never heard a bad word said about her.

When I first heard the news of Kristen’s illness I messaged her with my concerns and best wishes. Here’s what she messaged back:

Hi Ross, yes, unfortunately I have been dealt the cancer card, as many of us have, as you well know from personal experience. I am coping relatively well considering.  I have surgery next week followed by another 12 weeks of chemo.  Thank you for your kind thoughts – all the best to you and your family as well. Kids are growing up fast!!!  Love Kristen xx

An accurate insight into Kristen’s caring, optimistic and selfless personality is captured in those 64 words.

Kristen stated the facts; she referenced my own family’s experience with cancer; she outlined the steps she was taking to deal with her disease; she thanked me for my message and passed on her best. Kristen didn’t mention how devastated, shocked and scared she must have been feeling; no sign of self-pity and no pessimism about the likelihood of her life returning to normal. All things that would be completely understandable in any person who had received the diagnosis Kristen had received.

I will be joining former colleagues along with many of Kristen’s family and friends in Sydney this Thursday as we grieve our loss while remembering and celebrating her life.

Rest in Peace, Kristen, I am a better person for having known you 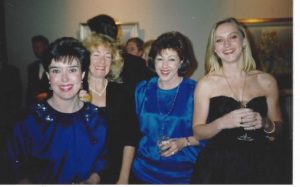 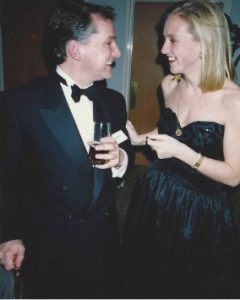 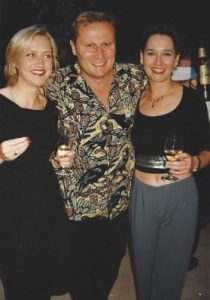 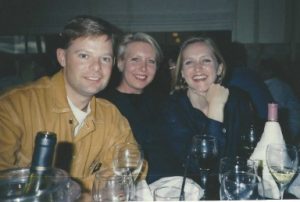