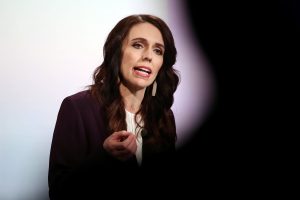 This morning, while the eyes of the world were watching the US election count enter its third evening, the New Zealand Prime Minister, Jacinda Ardern, was sworn in for a second three-year term in office.

New Zealanders were certainly keen to participate in the democratic process with the official turn out for the 17 October 2020 election at 82.2 per cent, up from 79.8 per cent at the last election and the final enrolment of 94.1 per cent of eligible voters for this election, was the highest since 2008.

The official announcement, today, of the official results, saw Labour win 50 per cent of the votes for 65 seats in the new parliament; the National Party won 25.6 per for 33 seats and the minor parties accounting for 17.7 per cent of the vote and 22 seats (comprising Act with 7.6% and 10 seat; the Greens with 7.9% and 10 seats; and the Māori Party with 1.2% and two seats).

The net result for the major parties was the Nationals losing two seats and Labour gaining one seat.

It is also the largest gap between Labour and National since the two-party system began in 1938.

It was widely tipped that Labour would be returned to office, riding on the wave of a charismatic and popular leader and the instability of the opposition, whose leader at the election; Judith Collins, was the fourth leader of the National Party since they lost office in October 2017.

Jacinda’s Ardern’s hardline COVID-19 lockdown policy, initially seen as overkill, turned out to be a template for the most effective approach, both economically and health-wise, in minimising the impact of the virus. The Conversation called it “….a master class in crisis leadership.”

New Zealand has reported a total of 1,974 COVID-19 cases, of which 1,905 people recovered, 25 died and there remains 44 active cases (42 of these are international arrivals) and only one new case has been reported in the most recent 24 hours.

Global comparisons are so stark as to make accompanying commentary unnecessary other than to say that British Prime Minister Boris Johnson, five days ago, announced a second national lockdown for England to prevent a “medical and moral disaster” for the NHS and today the United States coronavirus cases climbed to a new record for the second day in a row with nineteen out of 50 states reporting record one-day increases yesterday.

Yesterday, Ms Ardern announced, in a speech to Business New Zealand in Auckland, that her government’s top economic priorities for the remainder of 2020, were speeding up job creation by fast-tracking more infrastructure projects, boosting exports and prioritising extending the small business loan scheme and rolling out the flexi-wage job support program.

The recently released labour market data for the September quarter did not provide good news for the re-elected government, although it’s the sort of ‘bad’ news that most other countries would love to have, in terms of a national unemployment rate.

Defying predictions the labour force participation rate actually rose slightly, from 69.9% in the June quarter to 70.1% in the September quarter.

In April this year, The Atlantic (USA) reported glowingly:

” Jacinda Ardern, the 39-year-old prime minister of New Zealand, is forging a path of her own. Her leadership style is one of empathy in a crisis that tempts people to fend for themselves. Her messages are clear, consistent, and somehow simultaneously sobering and soothing. And her approach isn’t just resonating with her people on an emotional level. It is also working remarkably well.”

All this positive publicity, in the face of COVID-chaos reigning in other parts of the world seems to be doing New Zealand’s global brand no end of good.

Earlier this week the New Zealand Herald reported Americans searching ‘how to move to NZ’ skyrockets during a tight election race.

This followed on from the first, chaotic, Presidential debate between Donald Trump and Joe Biden, when twenty minutes into the debate Google Trends showed a substantial rise in the search “how to move to New Zealand”, emanating from despondent USA television viewers.

Let’s hope New Zealand doesn’t prove to be too attractive a destination for one of Australia’s most important group of working residents; New Zealanders.

There are just under 6000,00 Kiwis living in Australia (2.3% of Australia’s total population), who have a labour force participation rate (79%) significantly above the local-born population. As such, Australia heavily relies on skilled and semi-skilled New Zealanders, especially in the construction, manufacturing and health care & social assistance sectors.

New Zealand migration: Across the Tasman they still come