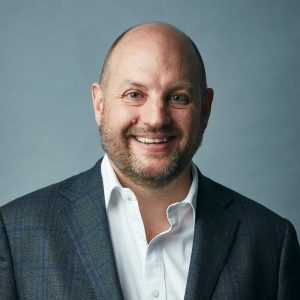 Holding their spot as the top-performing recruiter from the previous quarter was Talent, the Australian-based IT recruiter. Talent has six Australian offices, two offices in New Zealand, two in the USA, four in the UK, two in Germany, and one office in Holland.

As was the case in the previous quarter Talent was the only company to report a gross profit improvement from the same quarter in 2019. This outstanding result occurred despite the Europe & UK region posting a 25 per cent year-on-year decline for the September quarter.

Talent Global CEO, Mark Nielsen (pictured, above) said Talent’s result was very pleasing with the 30 per cent decline in global perm revenue being counterbalanced by a 10 per cent increase in contract margin. Even more impressive was the 16 per cent improvement to quarterly operating profit, on a year-on-year basis.

Michael Page, Hays and Robert Walters maintained their positions in the bottom three.

Note: * indicates revenue decline as gross profit results per division not available. All other results are gross profit changes in constant currency for the July – September quarter of 2020, compared to the same quarter in 2019, except SThree (June 2020 – August 2020). Q3 for PERSOL APAC covers the period from April to June 2020. PERSOL operates a 1 April – 31 March financial year hence they report their results as Q2 results. For comparative purposes, I have labelled them Q3 results. NA = Not Available.

Although not all companies reported profit results for the quarter I have listed those that did, below.

Hays (Australia New Zealand) reported a quarterly decline in temp fee income of 19 per cent and a perm fee income decline of 40 per cent. Although Victoria’s second lockdown impacted all of the September quarter’s results the NSW region reported a worse decline (34%) than Victoria (32%).

Office Support was the worst hit of Hays’s ANZ specialisms with a 41 per cent decline, with both Accounting (37%) and Construction (32%) also suffering significant falls. The IT specialism (down 22%) and the RPO division (Corporate Talent Solutions, down 19%) both fared slightly better.

After a reduction of 125 fee earners in the June quarter, it appears that the Hays ANZ consultant headcount has stabilised with a September quarter reduction of 21% (on a year-on-year basis) roughly equating to a total remaining headcount of 805 ANZ consultants that was reported as at 30 June 2020.

Although global recruitment executives would have hoped that the worst is now behind them the new lockdowns across the USA (374,800 new cases reported across the most recent weekend) and the UK (54,161 new cases across the same weekend) are likely to cast new doom over the economic fortunes of the world’s largest and sixth-largest economies, respectively in the months ahead.

It’s likely to be another very challenging December quarter for all the major recruitment markets around the world.