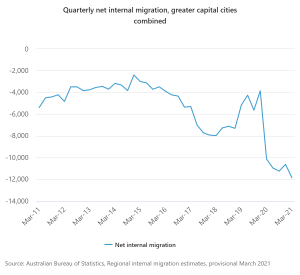 The disruption caused by the COVID-19 pandemic has created the most significant re-set in the employer-employee relationship in this country since the Sex Discrimination Act (1984) of nearly four decades ago.

Australia is just one of many countries where changed expectations, rather than new legislation, have rapidly altered the workplace dynamic.

These changed expectations are on both sides of the table.

The expectation that remote working will continue to be a viable long term option for employees has been shown through a number of surveys that show that these expectations exist across the developed world.

A May 2021 survey of 1,000 U.S. adults found that 39% would think about quitting if their employers were not flexible about remote work. That figure jumped to 49% for younger workers according to the poll, conducted by Morning Consult on behalf of Bloomberg News.

A poll of 2,000 American adults by insurer Prudential found that 87% of those who worked from home during the pandemic wanted to be able to continue doing so after restrictions ease. According to the same survey, 42% of remote workers said they would search for a new job if they were asked to return to the office full-time

In another poll of more than 10,000 European office workers, 79% said that they would back legislation prohibiting bosses from forcing people to work from the office.

Three-quarters of Australians say their ideal work environment is a mix of remote and in-person working, according to a PwC survey that included around 2,000 Australians in a 32,500 person global survey that was undertaken in 19 countries.

In May this year, Ernst Young Global reported that 47 per cent of employees surveyed across Australia and New Zealand said they would probably quit rather than return to a job that wasn’t flexible.

The previous month a Qualtrics survey of over 1000 Australians and New Zealanders in full time work found that 51 one per cent of respondents would stay longer with their current employer if the remote working policies introduced over the last year remain permanent.

The research also found that 77 per cent of respondents believed it was important their employment allowed them to live anywhere when looking for a new role.

However, it seems bosses have other ideas when it comes to remote work.

Employee resistance to being compelled to return to the office was most prominently highlighted by an Apple employee backlash in response to CEO Tim Cook’s company-wide memo, sent in early June, directing employees to report to the office on Mondays, Tuesdays, and Thursdays, beginning in September (now pushed back until October, at the earliest).

Apple workers will still have the option to work remotely on Wednesdays and Fridays, but some will be required to return full time to their office.

The long-term employer response to remote work in the US has been the foreshadowed, or actual, implementation of pay cuts, relative to the cost of where remote employees are living.

It was reported yesterday that Google employees could be seeing hefty pay cuts if they switch to working from home permanently.

Google employees based in the same office before the COVID-19 pandemic could see different changes in pay if they continue working remotely. The pay cuts could be especially significant for remote workers who move to less expensive communities.

Facebook and Twitter also slashed pay for remote employees who move to less expensive areas. Other companies, like Reddit and Zillow, have changed to location-agnostic pay models, saying such models are advantageous to hiring and retention.

Reuters reported a Google spokesperson as saying, “Our compensation packages have always been determined by location, and we always pay at the top of the local market based on where an employee works from. Pay will differ from city to city and state to state.”

Reuters quoted anonymous Google employees as saying cuts as high as 25% could be implemented, most applicable to the workers currently working and residing in Silicon Valley, one of the most expensive places to live in the US.

Whether this trend becomes commonplace in Australia remains to be seen as I am not aware of any local companies who have implemented location-based pay models for formerly office-bound workers.

I suspect the huge current demand for talent would make any employer nervous about the potential negative impact on hiring and retention.

It would appear that the largest tech employers have been emboldened to follow the remuneration policies of their major competitors (for talent) and have judged the risk to employee retention a risk worth taking.

Based on the results of a recent Atlassian/PwC Australia survey of 3500 Australian and U.S workers I think these US tech employers are probably on reasonably safe ground with their thinking.

The basis for this confidence can be found in the priority employees are placing on their mental health.

Being forced to work from home for many months since March 2020 it seems employees have re-evaluated their lives and largely decided they like more time with their families and prefer the opportunity to focus on their mental health, and wellness rather than climb the corporate ladder.

The Atlassian/PwC survey reports that 64 per cent of U.S. and 69 per cent of Australian respondents are willing to turn down a promotion in the name of preserving their mental health.

This response was broadly consistent across generations and income levels.

As the report observes, “The pressures of high-powered roles and the exhaustion that comes from being “always on” just don’t seem worth it anymore.”

Although what survey respondents say will do at some future time and what they actually do when the time comes are two different things the message seems very clear from two-thirds of the workforce: I am prioritising my whole-of-life needs ahead of my employer and my career.

This would strongly suggest that even in the face of cuts to their remuneration a majority of workers are willing to make that sacrifice if their satisfaction with life improves as a result of moving to a smaller city or regional area or having the option to give up the one-to-two hour commute work and work from their existing home.

American companies, especially those in tech, are leading the charge in differentiating (or not) between on-site workers and remote workers; it will be fascinating to see what Australian businesses do if the skilled white-collar stampede out of Sydney and Melbourne over the past twelve months turns into a long term trend.

Increase your candidate supply by 30% with this tiny nudge

I’ve just placed a reasonably senior candidate into a new role, whose sole reason for resigning from a job he enjoyed with a company he had been with for 9 years, was because they insisted on 5 days in the office. He’s moved to a company offering complete flexibility – will probably go in 1 or 2 days a week.

Good on him, Jan, for having the courage to make that call. I am sure it wouldn’t be on a whim that he would leave an employer after nine years.

It would a bold move for any Australian company to overtly reduce pay based on location. However, I wonder if, over time, companies that don’t require someone to be in the office at all are able to attract talent from regional/lower cost areas (or even other countries) at lower salaries and thereby driving down salaries for a period of time because the same person from a higher cost area wouldn’t accept the job at the salary offered.
Interesting times indeed!

I think you are spot on, James. In the longer term, it’s likely that many employers will replace remote workers (who used to be in the office) with remote workers who are in lower-wage jurisdictions.

I’ve recently hired a copywriter and editor during the pandemic. No plans of ever returning to the office. It’s amazing how much you can get done online with the right tools, training and leadership.

My favourite tools to keep the team organised are Zendesk for email ticketing and internal documentation of processes.

Slack for quick messaging/video and Clickup for project management to keep the team on the same page.

It’s good to go visit clients face to face and get out of the office each week, but once you get a taste of not having to drive to work everyday you will never go back.

No one wants to be stuck in Melbourne’s traffic..

Once the kids finish school we are packing up and moving regional.

If you can’t adapt you’re going to get left behind as the world moves rapidly forward online. Work will move slowly to the Metaverse where your job history and track record is all online.

Retaining and recruiting quality staff will be my biggest concern longterm, that doesn’t change.

I have no doubt many other owners will be replicating your approach to building a business, James.