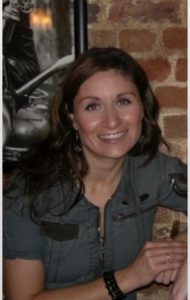 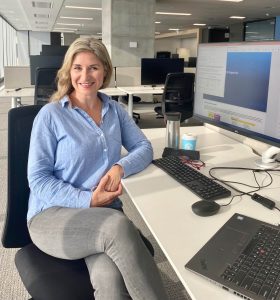 To kick off the series Martina McDermott has kindly agreed to answer my questions.

Born and raised in Northern Ireland, Martina has lived in Australia for the past 13 years having spent the first seven years of her recruitment agency life in London.

Martina’s current role is Senior People Attraction Advisor with Allianz Australia which she has held for just over two years. Martina’s 21 years in agency recruitment came to a close (for the time being, at least) in June 2019 when she left Hays Australia, most recently having held the role of Business Director, Hays Life Sciences.

Martina also holds the distinction of being the only one of my over one thousand coaching or training program participants who has more LinkedIn recommendations than me (80 compared to my 74)!

Ross: Martina, you started your recruitment career straight out of university having completed your BSc (Psychology) at Queens University in Belfast in 1997. Why did you choose that degree?

Martina: I initially studied economics and while I loved the economics and law component of the degree, I really did not enjoy the accounting modules. I quickly realised accounting was not my forte and the idea of doing it for three years traumatised me! As I was interested in human behavior a degree in Psychology was more appealing so I swapped.

Ross: Why did you choose a recruitment agency job after you graduated?

Martina: I didn’t really choose recruitment, like a lot of people I fell into it. I moved to London after graduating and for the first few months worked in a call centre, which I found terribly boring.

I responded to a job ad for a role with the opportunity to make unlimited commissions. I still remember standing in a phone box having the MD of the agency throwing objections at me as to why this wasn’t the job for me and I kept batting them back adamant that I was going to get an interview. At the time I was just desperate to get out of the call centre, which was so scripted and soul-destroying, more than really wanting to do recruitment per se.

Ross: What are your strongest memories of that first recruitment job at FTR?

Martina: I was one of two people recruited in the newly created perm recruitment division of a successful IT contract agency. It was very much a baptism of fire as there was very little if any formal training. The other new recruit and I were given a phone and a list of names and numbers and told to start calling. CVs came in by fax and were then typed up by a pool of secretaries before being sent to the client.

Ross: How quickly did you adapt?

Martina: I was pretty competitive and remember that I really wanted to be successful and good at my new job however it took me three months to make my first placement. I remember I was so excited when I got that first offer and it was accepted and then surprised when he was counteroffered. No one had told me about counter offers! I can now look back on that time through years of experience and realise he went through the whole process just to get that counter offer. My north star was that I looked around at my more successful colleagues and thought if they can do this so can I.

Martina: It was very much a work-hard play-hard environment. I recall the day I accepted the job I was invited on a night out with my new team. It was a free bar all night. Everyone was flashing the cash and their AMEX Black & Platinum cards and asking me what kind of car I was going to buy. They were all driving their Porsches and other luxury brands. My boss had a Ferrari.

Most of the consultants worked late every night. I’d go for a swim every night after work and then return to the office and get back on the phones. I also recall regularly working weekends.

Ross: Why did you move to Hays and when, and how, did you come to move to Sydney?

Martina: I’d started to feel a bit stagnant and stale in my role. At that time the company I was working for wasn’t really growing, they had big plans but would take two steps forward and three steps back. One of my former colleagues who was also a really good friend had recently moved over to a young boutique pharma agency called James Harvard, a competitor of the company I worked for and she was loving life there. One of the guys who had originally established the company was moving off a desk in the area I recruited and they approached me to take over his desk.

Ross: As the most profitable and high profile recruitment agency in Australia Hays is omnipresent. You stayed for nearly 14 years so their culture must have worked for you. What was your experience of the Hays culture?

Martina: Even after James Harvard was acquired by Hays it operated quite separately so I regard my Hays experience to have only really begun when I started with Hays Australia in 2008.

For someone who has just moved to Australia with no friends, family, or network it was a fantastic place to work. Most of my colleagues were in the same boat. It was a super sociable environment with your own ‘acquired family’. I’m very grateful for this environment as, to this day, some of my best and closest friends are ex Hays colleagues.

Martina: There was a strong focus on activity, and everyone was pretty clear on the numbers they needed to be hitting across the different metrics to meet targets. Their 4-week operating rhythm also keeps everyone on their toes and the leadership team keep very close to your numbers, your pipeline, and how you are tracking for the month. As a result, you can’t take your eye off the ball.

The training program for Associates is also excellent and really sets people up for success.

It’s very much a meritocracy with a big focus on recognising and celebrating success regularly and loudly.

Ross: You left Hays in August 2019 to work on the client-side of recruitment. Why did you leave?

Martina: It wasn’t any single thing; more a culmination of different things. I felt like I’d been there too long and had outgrown the company. I no longer felt like I was growing and developing. Things became too predictable. At the same time, a number of the longer serving people had moved on and there were a lot of new people coming through. I also felt like our values were not aligned. It all felt too much like I was on a hamster wheel and I needed to jump off.

Ross: You joined Allianz Insurance as a Senior People Attraction Advisor. What attracted you to that role and what does the role involve?

Martina: I initially joined on a short-term contract to provide cover for a friend who had taken a few months’ leave. I was reluctant to commit to anything long-term, having spent so long at Hays.

This seemed a great opportunity to get a taste of working internally to see if I enjoyed it. My role is to provide recruitment support across a number of different divisions including HR, Marketing, Digital, and Transformation as well as senior insurance roles.

Ross: What skills have you developed the most in your new role?

Martina: It has definitely given me a much greater appreciation of the internal mechanisms and workings of a business, as well as operating insights. You get to see under the hood and the interconnectivity, how all the different departments work together. Supporting a number of portfolios, across a range of job families, you have to quickly and regularly get yourself up to speed with new roles in the business. You are a true partner to the business which allows you to further build on your influencing, collaboration, and relationship-building skills.

It can also be a very busy role; you’re typically carrying a high volume of roles, as well as supporting projects, so honing your organisation, time management, planning, and project management skills is critical. Also, marketing and EVP have become key skills.

Martina: No regrets as such, but there are definitely areas of agency recruitment that I miss.

Ross: What do you miss most about working at Hays, or agency recruitment more generally?

Martina: I miss the people at Hays. Some of the best people worked at Hays.

I miss being an expert in a specialist area, being able to be narrow and deep, knowing everyone in the specialist area you recruit and because of this, being confident that when you are doing a search, that you’ve turned over every stone to find that perfect person for a role.

Working internally, you are typically carrying a heavier load in terms of the number of roles you are supporting and don’t have the time to cover as much ground or go as deep as you’d like.

I also miss the candidate coaching – I got such a sense of satisfaction helping people to nail interviews. I also miss guiding and mentoring junior colleagues. In the latter part of my agency life, I got a big buzz from sharing my knowledge and helping the younger ones as they came through.

Ross: How do you see the rest of career going?

Martina: Now that’s the million-dollar question. I’m still trying to figure that one out – what do I want to be when I grow up! I tend to just go with the flow and evaluate opportunities as they present themselves which is not something I recommend to my own candidates. I need to take my own advice and be more strategic with my career planning!

Ross: What do you miss about Northern Ireland?  Any chance you will return to live there in the future?

Again it’s the people I miss most – there seems to be a theme here- they are super friendly, helpful, and genuine. Northern Ireland is a beautiful place to visit but these days it’s probably a bit too quiet and the pace too slow for me. There’s also a reason for all that greenery – it rains way too much and I much prefer the sun these days!

Ross: How would you summarise your choice of recruitment as a career?

Martina: It’s been a hell of a ride, mainly highs, and thankfully very few lows.

I’m grateful for a career that I may have fallen into initially, but where I’ve been very successful, have thrived, and absolutely love. It’s allowed me to meet and connect with so many great people and make an impact on their lives in moments that matter. I’m lucky I fell into a role that has allowed me a lengthy career and that really suits my personality and plays to my strengths. I like people and I’m inquisitive and curious by nature. I like connecting with people, getting to know them, understand them, engage with them, and influence them.

I also have a strong work ethic, so recruitment works well, as you tend to get rewarded in line with the effort you put in.

Ross: Thanks, Martina, I appreciate you answering my questions. All the best for the future.

Ross, good interviewee choice doesn’t surprise me Martina has more LI recommendations that you 🙂 – Martina was one of the most respected consultants in the Australian life science sector.