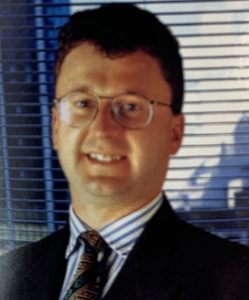 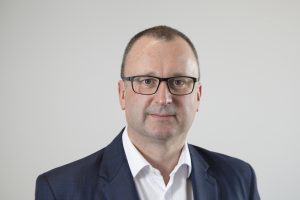 Ben Wood is a name not many of you will be familiar with. Only his colleagues and those at the pointy end of Australia’s largest IT recruiters are likely to know who Ben is.

I first met Ben on my first day in recruitment on the 6th of February 1989. I was a new recruit for the perm team in the Victoria (London) office of Accountancy Personnel (now known as Hays). Ben was a member of Victoria’s temp recruitment team.

The temp and perm teams didn’t talk much during the day but when there was an after-work drink we mixed very well. Ben enjoyed a beer and he also enjoyed a laugh. I recall many nights heading home with aching sides from the hilarity of Ben’s stories.

Fast forward 21 months and I have arrived back in Australia at the end of 1990, during the depths of the 1990/91 recession. Accountancy Placements (Accountancy Personnel’s sister company) does not have a job for me in Sydney and no other recruitment agency appears to be hiring (which tells you everything you need to know about how tough times were then).

Ben had departed for Australia in late 1989 and was now living in Melbourne, having followed his girlfriend (Liz, now his wife of approaching three decades) from the Victoria temp desk back to Australia. After a short period of time working for AP in Sydney, both Ben and Liz left AP and joined breakaway agency Accountancy Careers (AC), established by three former AP executives. Their respective employment restraints meant Melbourne was the only immediately viable option for employment with Accountancy Careers so Ben and Liz relocated and were, for a long period, the company’s only Melbourne-based consultants.

Jobless, in debt, and slightly desperate, I phoned Ben to see if he could help me. Ben immediately introduced me to Accountancy Careers director, 31-year-old Greg Savage, who agreed to interview me two days later.  The following month, January 1991, I started my ten-year career at the company as the newest member of the Sydney Temporary accounting team.

Ben left Accountancy Careers, by then GM of Victoria, in mid-1997 to pursue post-graduate study and in early 1998 Ben accepted an offer from Tony Beddison to take charge of Index, then a tiny ($3 million annual sales) five-person Melbourne IT contracting business.

Ben departs his executive role, nearly 24 years later, having led the company’s growth to over 50 consultants and $200 million annual sales through both acquisition (CCS in the early 2000s), rebranding (to Clicks IT Recruitment in December 2007), expansion into new markets (offices in Sydney, Canberra, Brisbane), new services (Index Consultants) and the company’s sale (as a subsidiary of the Beddison Group) to Japanese recruiter, Outsourcing Inc. in 2016.

I’ll let others share the human impact Ben has made over the past 24 years.

“I worked very closely with Ben Wood whilst we were both on the Board of ITCRA over more than 5 years. Ben was always a very knowledgeable, very considered Executive to whom everyone listened. He had a detailed understanding of how our industry worked and he was always looking to do the right thing by our clients, our contractors, and the industry more generally. The interests of Ben Wood always came last.

During our time on the Board we dealt with some very significant issues for our industry such as creating our industry’s code of conduct, our industry’s approach to transitioning contractors, and many other issues concerning our industry. Ben always made a significant and meaningful contribution to these issues. He has truly been one of the leaders in the recruitment industry over many years.”

Ben is one of only ten life members of APSCo Australia (formerly ITCRA).

Sam Micich left recruitment after 12 years to join a tech start-up. After less than two years away from the industry Ben convinced her to join Clicks in early 2012. It’s a testament to Ben’s style, values and leadership that he convinced me to return to the industry.

“He never utters a word that hasn’t been carefully weighed and considered from all angles. Our first leap of faith together was me asking my colour-blind leader to let me change the colour and font of our logo, and get rid of the dots in “I.T.”, to bring us into the new millennium. Once we survived that there was no stopping us.

Ben’s appetite for Clicks to be progressive super users of the latest tech and efficiency tools and invest in high-potential initiatives has gone from strength to strength. Despite being a 50-something year old white bloke, Ben champions a culture that is the most safe, inclusive, and diverse that I’ve experienced. And he’s very good for a laugh. All of which are a huge part of why I’m still there ten years on.”

Sam is currently GM, Operations for both Clicks and Index Consultants.

Nick Bacon joined Clicks (then Index) in 2006 and is now the newly-promoted Clicks MD, responsible for customer success and service delivery and, having known Ben the longest among the current Clicks leaders, offers the following as to how Ben generates such loyalty from his colleagues:

“Ben’s talent and passion has been developing everyone in the business.

Learning is one of our key values. He would be regularly travelling the country making sure everyone was the best they could be; constantly saying if you aren’t moving forward you are moving backward.

One of the first things that you learn when you start reporting to Ben is that if he doesn’t write it in his notebook he won’t remember it! This can be helpful when he gives you a list of projects on top of your day job.

Ben keeps these notes books and when he does speeches for significant events he will refer back to a previous note book and sometimes even the actual interview notes. It is these little touches and recognition that we all receive that instill the loyalty of people at Clicks.“

As part of a leadership workshop that I facilitated for his team in 2009, Ben completed the Values-in-Action Character Strengths profile, developed by world-renowned psychologist, Dr. Martin Seligman.

This is exactly the Ben that I, and many others, know: a funny, curious, fair and enthusiastic leader.

Thanks for your massive contribution to our industry, Ben, we wish you all the best in your new role as a non-executive director of Outsourcing’s regional operations. 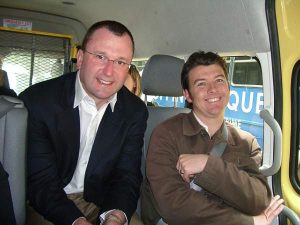 Ben is a star.

Terrific blog Ross, you’ve really captured the essence of Ben in this piece. He will be sorely missed at Clicks.

Excellent article Ross, Ben will be remembered as one of the great leaders in the industry, a brilliant human being !

Great innings Ben and well done on all of the achievements and contributions along the way. Ben was the first person I called when the Covid sh*t hit the fan. His reason, rationale and calming conversation contributed to the strength with which we sailed through. I’ll see you down the Peninsula, hood down in your new toy!

Congratulations Ben on a stellar career and best wishes for next steps!