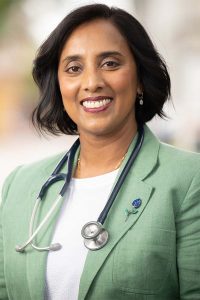 The Federal Election on the weekend was notable not just for the change in government but for the entry into parliament of a number of new members of the lower house that represent a welcome widening of the Parliament’s range of backgrounds and competencies.

In 2017, analysis by Fairfax Media on the makeup of the 45th Parliament showed that nearly half of all Liberal MPs had worked in state and federal politics before being elected and 55% of the Labor caucus had pre-parliamentary jobs as staffers, electorate officers, and advisers.

It’s not just employment it’s the ethnic diversity or lack of it, that has been one of the features of both the Senate and the House of Representatives throughout Australia’s 122 years as a Federation.

Consider a selection of the new faces entering the nation’s 47th parliament and the diversity, with respect to ethnic origin, gender, occupation, and previous employment, they collectively represent:

Allegra Spender (Independent, Wentworth, NSW) started her working life as a management consultant in the UK. Ms. Spender lived in Kenya for nine months volunteering as part of a project to reduce rural poverty, before returning to Australia and joining her mother’s business, Carla Zampatti Pty. Ltd, as MD. Most recently, Ms. Spender served as the CEO of ABCN, a non-profit whose mission is to work collaboratively with business and education to improve the educational and career outcomes for disadvantaged Australian youth. She left this position four months ago, after four and half years, to campaign full time for the parliamentary seat of Wentworth.

Cassandra Fernando (Labor, Holt, Vic) left Sri Lanka with her family when she was 11, and moved to the outer south-eastern suburbs of Melbourne. Ms. Fernando began working at Woolies Dandenong Plaza as a teenager and spent almost 15 years undertaking a range of roles in the supermarket, most recently as a pastry chef.  She became a delegate to the Shop, Distributive and Allied Employees Association (SDA) and subsequently worked as an SDA organiser for five years.

Dai Le (Independent, Fowler, NSW) arrived in Australia in 1979 as a refugee of the Vietnam War after fleeing Saigon in April 1975 and spending four years with her family in refugee camps in Hong Kong and the Philippines. Ms. Le completed a Bachelor of Arts at Macquarie University in 1990, majoring in political science.  In the same year, she began her career as a cadet journalist at the Liverpool City Champion newspaper. Between 1994 and 2008 Ms. Le worked for the ABC in a number of roles across TV and radio, including Four Corners. In 2008 Ms. Le stood as the Liberal Party candidate for the New South Wales state electoral district of Cabramatta in the 2008 by-election. Despite a swing of nearly 21% she was unsuccessfully in taking the seat from the Labor Party. Ms. Le recontested the seat at the 2011 state election but despite a further 5% swing she did not win the seat. Until entering Federal Parliament Ms. Le has been serving as the deputy mayor of the City of Fairfield in NSW.

Kate Chaney (Independent, Curtin, WA) trained as a solicitor and practised for nearly four years before moving into management consulting. Subsequently, Ms. Chaney moved to Wesfarmers (owner of Bunnings, Officeworks, and K-Mart, amongst others) where she spent nearly three years as Sustainability Manager. Most recently Ms. Caney was, for over four years, the Director, Innovation and Strategy at Anglicare WA before leaving in January of this year, to contest the seat of Curtin as an Independent candidate.

Kylea Tink (Independent, North Sydney, NSW) started in corporate communications before moving into the NGO sector, including five years as CEO of the McGrath Foundation. Her most recent full-time executive role was CEO of Camp Quality.

Dr. Michelle Ananda-Rajah (pictured, above, Labor, Higgins, Vic) is the first Sri Lankan Tamil to be elected to the Australian Parliament. Dr. Ananda-Rajah was most recently a clinician-researcher and physician in infectious diseases and general medicine at Alfred Health. In 2019, she was awarded a prestigious TRIP (Translating Research Into Practice) fellowship by the Medical Research Future Fund and appointed to JAMA Network Open as a statistical and methods reviewer – one of about 50 globally, during the COVID-19 pandemic.

Dr. Monique Ryan (Independent, Kooyong, Vic) studied medicine at The University of Melbourne and then completed paediatric training in both Melbourne and Sydney. Dr. Ryan continued her training in paediatric neurology at Boston Children’s Hospital, the most highly-regarded paediatric hospital in the world. Most recently Dr. Ryan was Director, Neurology Department at The Royal Children’s Hospital Melbourne. Dr. Ryan has been recognised for her clinical research by the Child Neurology Society, USA, (2000), American Academy of Neurologists (2002), and the XIth International Congress on Neuromuscular Disorders (2006).

Sam Lim (Labor, Tangney, WA) was born in Malaysia, where he lived in poverty with no power or water for 15 years. Mr. Lim served for two years as a Police Constable with the Royal Malaysian Police Force, before leaving to become a dolphin trainer, and then went on to run several small businesses in Malaysia and then in Australia. He joined the WA Police Academy in 2006 and in 2020, was awarded Police Officer of the year for his work with multicultural communities during the COVID-19 pandemic. Mr. Lim speaks nine languages.

Zaneta Mascarenhas (Labor, Swan, WA) is an Indian-Australian FIFO engineer who was born in Kalgoorlie and grew up in Kambalda – a nickel mining town. When she was 18, Ms. Mascarenhas moved to Perth to study science and engineering at Curtin University, later serving as Curtin Student Guild President and NUS West President. As a mining engineer, she spent her 15-year working in dozens of sites across regional WA and Victoria, often as one of only a handful of women in predominantly male worksites.

Zoe Daniel (Independent, Goldstein, Vic) was, for 27 years, employed by the ABC as a rural and regional journalist, a business and finance reporter, and a foreign affairs specialist. Most recently Ms Daniel worked as the ABC’s Washington Bureau Chief during both the Trump candidacy and for the first three years of President Trump’s term of office.

The 47th Australian parliament is set to make history with a record number of at least 95 women heading to Canberra, despite the Coalition’s female representation going backward.

With a handful of seats still in doubt, an analysis by The Australian reveals women will make up more than 41 per cent of the 227 seats across both houses. This is only the second time women have made up more than one-third of federal politicians.

At least 58 women (37%) have won a place in the House of Representatives’ 151 seats, an increase of 13 seats (28%) from the previous parliament. Women have picked up 14 lower house seats from men.

The Senate is projected to have a female majority with 39 of the 76 seats (58%), an increase of four seats from the previous parliament.

As journalist Alice Workman noted, it wasn’t good news across the board.

“There will be more men named “Andrew” than Liberal women in the lower house, when the dust settles on Scott Morrison’s crushing election defeat.

Based on current projects, the number of Coalition women on the House of Representatives benches will go down from 15 to 11, with just seven Liberal female MPs. Eight ‘Andrew’s (potentially nine if Andrew Constance hangs onto his very slim lead in the NSW electorate of Gilmore) will occupy seats in the Lower House.

The 2022 Federal Election will mark not just the end (for the foreseeable future, at least) of the two-party dominance of the Federal Parliament but the start (we hope) of our elected national representatives more closely mirroring the ethnic, gender, and occupation diversity of our whole population.

Great analysis Roscoe, adding to the very positive vibe of this parliament

Thanks, Phil. I sure hope those positive vibes lead to good government policies and outcomes.

Oops, you are right, Manda. I have now updated the blog to include Ms. Le. Thanks for picking that up.