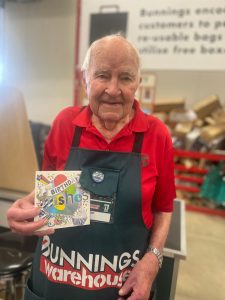 The recent labour market squeeze has employers and employer groups predictably call on the Federal Government for more, and faster, immigration to assist them employ the workers they need but (supposedly) can’t find.

Immigration has been one of the primary policy levers used by (predominantly) first-world governments to expand a country’s labour supply.

Employers much prefer an expanded immigration program to other forms of expanding the labour supply because it takes the onus off them to change their existing thinking and practises.

Immigrants to Australia are, largely, grateful to be here, ready to work, keen to work, largely ignorant of minimum wages and conditions and are reluctant to do anything that might jeopardise their pathway to permanent residency or citizenship.

The way some of the media report the ‘labour supply crisis’ you could be excused for not understanding the other option available to local employers to attract people to enter (or re-enter) the labour market.

Australia’s labour force participation rate is 66.7% meaning one-third of Australia’s working-age population (those aged 15 and over) is not currently employed or not actively seeking work.

The 33.3% of Australia’s working-age population who are not in the labour market would primarily be identified as one of the following:

To put that into context, if Australia had the same participation rate as New Zealand we would have approximately 880,000 extra people in the labour market.

To provide additional context 548,100 people are currently unemployed in Australia and we have a labour market with over 420,000 vacancies.

Even if Australia’s participation rate rose only one percentage point (to 67.7%) that would still represent an additional 210,000 immediately available workers.

When you consider that over the past twenty years the average annual number of immigrants (of all ages) to Australia has never exceeded 200,000 you can appreciate that seemingly small changes to the participation rate make a big difference in terms of the number of people available for work.

The best news is that official data confirms that, theoretically, those 880,000 Australians are potentially available.

The most recent ABS data (2019) on barriers to labour market participation reveals that 5.02 million Australians are not working and don’t want a job and 1.04 million people are not currently in the labour market but would like a job.

The challenge for all employers is to eliminate, or at least reduce, the barriers preventing even a minority of those 1 million potential workers from securing appropriate work.

Some examples of eliminating, or reducing, those barriers to enlarging the labour market ‘cake’ are:

Given the importance and projected growth of the female-dominated industries; Healthcare and Social Assistance; Retail; and Education (our, respectively, largest, second-largest and fifth-largest employing sectors nationally) the importance of growing the labour force organically, especially increasing female participation, is a critical task for governments and, just as importantly, employers.

There is much to be gained by doing so.