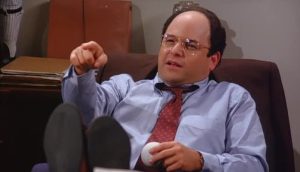 Talent: How to Identify Energizers, Creatives, and Winners Around the World, by economist Tyler Cowen and tech entrepreneur Daniel Gross provides a fascinating piece of information pertaining to hiring low-skill workers.

In their book Gross and Cowen explore personality and its relationship with talent, noting:

“Personality and conscientiousness matter most at the bottom of the distribution . . . in the bottom tenth of earners, non-cognitive skills—which include, for instance, features of personality—matters two and a half to four times more than do cognitive skills.”

Conscientiousness matters – a lot. I am sure this is obvious to those who make their living recruiting workers to fill minimum-wage jobs throughout the hospitality, agricultural, retail, and industrial sectors, however, I never recruited for  employers in any of those sectors.

Conscientiousness—a personality trait marked by a concern with order and a willingness to work hard—is a predictor of occupational success. The authors report that a one-standard-deviation increase in conscientiousness is associated with a 7.2% increase in wages.

Simply put, turning up to work on time and working diligently for the duration of your workday matters much more for low-paid workers than it does for more highly-paid workers.

One of the most reliable ways of discovering the conscientiousness possessed by a jobseeker is through reference checks. Although many referees can struggle to provide meaningful feedback on an employee’s key skills it’s much easier to provide unambiguous feedback about the extent to which a worker was reliable, worked hard, and was easy to manage.

On the other end of the scale is neuroticism.

Neuroticism is most commonly exhibited by disproportionate reactions. For example, simple feedback prompts an accusation from the employee that the boss is treating them like an idiot and doesn’t trust them.

People displaying neuroticism are generally pessimistic in outlook and ride a roller-coaster of emotions throughout a working day or week making them both unpredictable and difficult to build relationships with (George in Seinfeld, pictured above, is the archetype).

Neuroticism is frequently common in job-hoppers – those restless employees who are rarely happy and are quick to blame others for their discontent and lack of success at work.

The authors note that a one-standard-deviation increase in neuroticism is associated with 3.6% lower wages.

Tell me about a time when colleagues/clients responded negatively to work you had done. How did you handle the situation?

Tell me about a time when you had to work with a difficult individual who made the workplace a stressful place to be. What steps did you take to ensure that you maintained a civil working relationship with this colleague and also accomplished your work objectives?

After performing a linguistic analysis on more than 20,000 interview responses, we made some shocking discoveries.

If you hire low-skill workers then one of the simplest ways to maximise your strike rate of recruiting stable people who are likely to succeed is to focus on identifying the traits of conscientiousness and neuroticism during your hiring process and make your decisions accordingly.

Is your candidate just very confident or really a charismatic narcissist?

Why crap interviewers don’t know they are crap

Are you interviewing a leader or a bureaucrat?