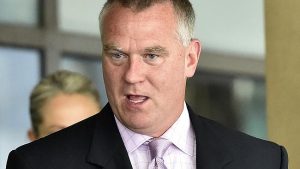 Long-time readers may recall the very prominent case of resume fraud from 2014 that featured retailer Myer firing a just-hired senior executive Andrew Flanagan (pictured, right) after he was exposed as lying about his previous employment to both the recruitment agency that represented him, and to Myer.

It’s not that hard to believe that a person who has a long track record of lying to obtain employment would keep doing so, even after a criminal conviction and significant accompanying mainstream media coverage.

Last week it was reported that Flanagan was fired from his most recent job as a middle school teacher in the Victorian border town of Wodonga, after his real identity was exposed, having worked under the alias ‘Jeffrey O’Flannagan’ in both the 2020 and 2021 school years.

Flanagan is listed as ‘Jeffrey O’Flannagan: suspended – interim (as of 9 December 2021)’ on the most recently updated register of disciplinary actions (RODA) maintained on the Victorian Institute of Teaching (VIT) website. The reason for the suspension was not listed (as is standard practise).

The VIT checks and verifies prospective teachers, including on security grounds, with only those given registration by the agency able to be employed as a teacher in Victorian schools.

The Flanagan/Myer case gained a huge amount of media coverage in mid-2014 after the serial nature of Flanagan’s lying was revealed; he had previously been fired from numerous other senior private and public sector jobs in Victoria after being exposed as a liar.

I even found myself on the fringes of the story, having been interviewed on radio 2UE, and, a couple of weeks later, discovering Flanagan was a former next-door neighbour of mine for eighteen months, four years before, in suburban Melbourne.

At the trial the court heard;

Once in the positions, he is accused of hiring mates, commanding his staff to go out drinking with him and sending them inappropriate text messages.

He was fired from each job following allegations of ineptitude or bad behaviour, including drunken fights with colleagues.

An email address purportedly belonging to one referee, who resigned from an international company following an insider trading scandal, led back to Mr Flanagan’s home computer, the court heard.”

I was contacted by one of the executives responsible for hiring Flanagan in one of his many short-lived jobs who told me that all Flanagan’s referees were only able to be reached by mobile phone and they were all highly skilled at giving the most glowing references for the job under consideration.

“They had been very well briefed and were very convincing,” the former executive lamented, in an email to me.

The sentencing judge noted Flanagan had given “grossly fraudulent resumes and (had) dishonest friends lie when they were contacted by the employers to enquire about the work history”.

“While the employers had professional human resources staff and were aided in some cases by professional recruitment consultants, they were all taken in by your deceptions and the companies lost money,” Judge Gerard Mullaly said.

In imposing a corrections order in August 2015, the judge said Flanagan had cost his family much urged him to be “scrupulously honest for the rest of your life”.

Flanagan’s offences were traced back decades, with the Australian Financial Review reporting that in 1992, Andrew Jeffrey Flanagan, then known as Jeffrey Wayne Flanagan, was sentenced to four years in jail in Texas for burglary, reckless driving, assault and resisting arrest.

The jail term came after he had been on probation for offences related to the illegal use of credit cards.

How a citizen of the United States, convicted of (at least) two crimes in his home country, was able to obtain permanent residency in Australia has never been answered.

In last week’s Bendigo Advertiser article a Victoria Police spokesman was reported as confirming an investigation into the matter was ongoing and, to date, no charges have been laid.

Judge Mullaly’s urging for Flanagan to be “scrupulously honest for the rest of your life” fell on deaf ears, as it does with many fraudsters.

The most infamous recent case in Australia is the case of Loretta Delianov, a payroll officer who, between 2003 and 2006 stole more than $4 million from packaging giant Visy to finance a lavish lifestyle that included investment properties, private helicopter and limousine rides and corporate suites at the football.

After serving six months in jail as a result of pleading guilty to stealing over half a million dollars from two previous employers, Delianov was employed, apparently without a comprehensive background check, by Visy only eighteen months after being released from prison.

In 2016 Delianov was sentenced to six years and four months jail, with a minimum term of four years.

Fraudsters know that most people trust most people and, as a result, they abuse this trust to gain access to jobs, people, and opportunities that they would be unable to otherwise access.

The 2002 movie Catch Me if You Can, starring Leonardo DiCaprio as real-life fraudster Frank Abagnale, is a perfect example of how fraudsters use their narcissistic personality (or more politely, their charisma) to woe people into making decisions, that in hindsight, look negligent, irresponsible or foolish.

When I asked the owner of a reputable RCSA member, who specialises in the education sector, how his agency ensures that they are referring and placing fully-qualified teachers only, he sent me a screenshot of the candidate verification process (reproduced with his permission below). There are 21 steps that must be completed before any candidate can be referred to any job. 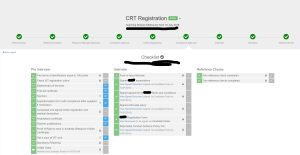 This owner places a high premium on the hard-won reputation his agency has gained for referring fully qualified and thoroughly-vetted teaching staff.

You may chuckle at both the audacity of Flanagan in falsifying (yet again) his experience and credentials and shake your head at the lack of thorough background checking undertaken by the leader at the Wodonga school who hired him, but Flanagan is the tip of a very big iceberg that most recruiters and hiring managers only discover too late, to their great cost.

How easy is it for a fraudster to fool you?

Easier than you think, as the evidence strongly suggests.

The Flanagan/Myer resume fraud: what have we learned?

Myer sacks lying executive on his first day: How were they duped?

Liar, liar, pants on fire: How to spot an interview lie

The Sobering Facts About Employee Fraud

Compliance ignorance in recruitment: do you know what you’re really risking?