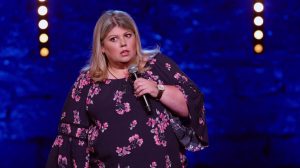 Last Friday night my wife and I went to the Palais Theatre in St Kilda to see comedian Urzila Carlson’s show; Token African. We, along with nearly three thousand other patrons, laughed non-stop at Carlson’s 80 minute stand-up routine.

After the show, it occurred to me that one of the things that I missed most about being locked down for much of 2020 was banter and laughter.

For almost all of 2020, there were no parties, no big family gatherings, no weddings, no comedy shows, and no golf weekends away with the mates; all being reliable sources of banter and laughter for me.

I also realised that humour is a very important aspect of office life at great risk of being lost, which I failed to identify when I wrote What recruiters lose in a remote-work future without an office three months ago.

When I think back to the most successful team I was part of during my recruitment career one of the most underappreciated aspects of being in that team was how many laughs we had each day.

As humour is not one of my strengths (although I was twice placed in the NSW Toastmaster Humorous Speech Competition in the mid-1990s) I was rarely the one initiating anything funny, although my dating life provided plenty of humorous fodder for the rest of the team (all women).

The tough days were always made so much easier by having a good laugh. The good days were elevated to memorable ones when there was plenty of accompanying humour being thrown around.

When I profiled people2people group managing director, Mark Smith, two years ago in p2p’s Mark Smith: from failed accountant to outstanding CEO I didn’t highlight something that I, and everybody who knows Mark, appreciates about Mark; his sense of humour.

Mark’s use of humour hasn’t changed from the time when I first I knew him as a colleague, 27 years ago, to now. Mark uses humour authentically and it’s helped him build relationships and trust with people2people’s many employees and stakeholders across the company’s (nearly) 16-year history.

I suspect many, many people around the world only realised the importance of humour in their workday when they were working from home for much of 2020 and had little opportunity for spontaneous light relief through the normal array of workplace banter, jokes, and sharing of amusing experiences.

Humour & playfulness ranks as my wife’s top character strength and 2020, when she was working from home for the whole year, gave me new insights into how effectively she uses this strength to build relationships and influence stakeholders in a work context.

Nine-time major champion, Player, mentions laughter and having fun as critical parts of his life that have ensured he delays the inevitable cognitive decline of ageing for as long as possible.

Nobel prize-winning, Kahneman, attributes laughter as one of the most important things that made his collaboration with Amos Tversky so productive, brilliant and influential.

Any person listening to either of the interviews would be astonished to learn that both Player and Kahneman are in the latter half of their ninth decade; they both sound 30 years younger.

Michael Kerr, author of The Humor Advantage: Why Some Businesses are Laughing all the Way to the Bank, says building trust is one of the most important areas that humour can assist with.

“You can build trust with the effective use of humour because humour often reveals the authentic person lurking under the professional mask,” Kerr says.

Quoted in this 2013 Forbes column, Kerr explains that numerous studies suggest that people who share a healthy, positive sense of humour tend be more likable and are viewed as being more trustworthy.

“Humour is also viewed as a sign of intelligence,” he adds. “All of these characteristics, as well as the fact that humour is a fabulous icebreaker and can tear down walls, can help people build relationships in the workplace, and especially these days, relationships are critical to success.”

I fully support remote work options for all employees that can undertake their work outside the office however the humour and playfulness that is frequently the underrated glue in a recruitment agency office is an asset you would do well to recognise and protect.

Do you have a business development culture?