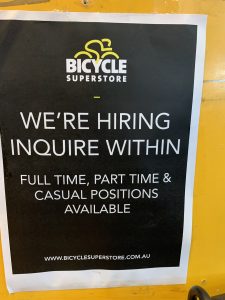 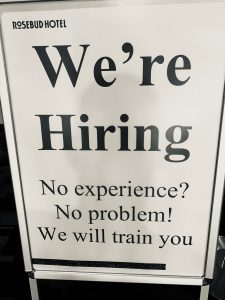 My 14 October blog FOMO and 6 other reasons ‘the great resignation’ will hit Australia in 2022, has become my most-viewed (and commented) blog of the 45 blogs I have published this year.

It’s hardly surprising, as it’s a topic that has burst out of the recruitment and HR circles to reach the mainstream. No matter how tough employers think it has been this year, it’s almost certainly going to be even tougher in 2022.

The following extract, from an outstanding article, published three weeks ago, in the Harvard Business Review, perfectly articulates the times employers find themselves in:

Ever since the 1960s, we’ve witnessed a slide toward increasingly transactional employment relationships, with the expectation being that companies can hire and fire at will.

In this kind of environment — where there are no pensions, commitments to training, or promises of employment stability — workers naturally change jobs whenever better opportunities present themselves.

Some observers argue that such a model offers greater efficiency and flexibility. That may be true, but the ability to staff up on demand depends on the availability of willing workers — a resource that, thanks to the Great Resignation, we only have in very limited supply today.

When labor is scarce, wages go up. But hiring also takes longer, and that matters greatly, because it compromises output. Workers who leave voluntarily aren’t soon replaced, and in their absence the workers who remain have to carry a greater load. This prompts some of them to leave themselves.

Absent a major change in immigration policy, our supply of talent is going to become even tighter than it is today

Employers the world over have an ongoing desire for a more flexible labour market but they weren’t considering what might happen when the balance of power tipped in favour of the worker, as is happening right now.

The very notion that wages might need to go up substantially and conditions significantly improved seems to be an affront to many employers.

The labour supply cavalry is not coming over the hill, no matter that the Federal Government does in the short term.

Federal Health Minister Greg Hunt has confirmed that Australia will be pushing through its plan to lift border restrictions for skilled labourers and students overseas on December 15 but don’t expect there to be any noticeable change to candidate supply for many months.

The most recent ABS vacancy data reported 333,700 vacancies in August 2021 and as many recruiters would know, there are many organisations that don’t report register multiple vacancies although they will tell recruiters “we’ll hire as many good people you can send us”.

Even if 20,000 skilled workers arrived before the end of January it would be like a drop in a bucket compared to what is required, especially in the hospitality sector. The Mornington Peninsula in Victoria, where I live, has the highest unemployment rate of all Victorian Local Government Areas, yet last weekend almost every trading establishment I visited had a sign up advertising vacancies.

The organisations that focus on what they can do to improve recruitment and retention of core workers, rather than waiting for the Federal Government to somehow ‘fix’ labour supply issues through immigration, are the ones who will win.

As the HBR article states, “To return to a healthy balance of jobs and people, we’re going to need to move beyond the ad hoc strategy that most companies have been employing to source their talent.”

In the United States, Pollo Tropical, a Caribbean-food chain with 169 restaurants in Florida, reports it’s almost back to normal staffing levels after boosting pay and improving benefits such as childcare leave, company-paid educational programs, more affordable medical plans, and sign-on bonuses to new staff. This is despite the huge labour shortage affecting the hospitality sector as workers leave for other industries citing low pay, poor benefits, and a lack of flexible working hours.

The Pollo Tropical executives have made a brave decision to lift pay and benefits as a long-term recruitment and retention strategy. This approach is already delivering a return.

Pollo Tropical said sales were considerably higher in its restaurants that were well-staffed. Comparable 2021 third-quarter restaurant sales across all restaurants were up 0.9% compared to the same quarter in 2019, rising to a 4.3% increase across restaurants that had adequate staffing.

The single biggest threat to recruiters, in 2022, having their most profitable year on record will be working on vacancies where the employer has

i) not adjusted their expectations to match the realities of the current market,

ii) not committed to a long-term recruitment and retention strategy that maximises the attractiveness of that employer to both you (the recruiter) and potential employees.

Companies persisting with ad-hoc recruitment strategies are adopting a head-in-the-sand approach that almost certainly makes them an unprofitable client for agency recruiters.

I recommend a high degree of caution. 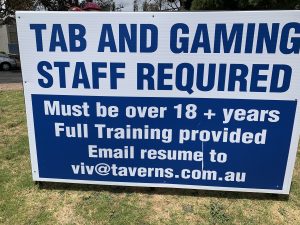 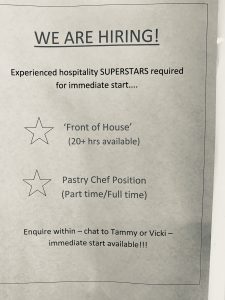 Discriminatory, hypocritical, and narcissistic employers their own worst enemy