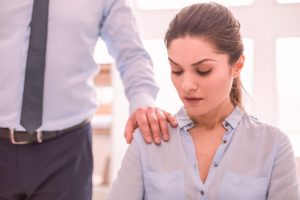 After 33 years observing, reading, and writing about workplaces, I am rarely surprised by the many self-defeating things executives, leaders and hiring managers do to fundamentally undermine the retention of valuable employees.

The eye-popping cost of one company’s staggering turnover problem was laid bare less than two months ago when the contents of an internal Amazon document detailing staff retention issues was published.

“[Worldwide] Consumer Field Operations is experiencing high levels of attrition (regretted and unregretted) across all levels, totaling an estimated $8 billion annually for Amazon and its shareholders,” one of the documents, authored earlier this year, states. For a sense of scale, the company’s net profit for its 2021 fiscal year was $33.36 billion.

An investigation from the New York Times found that, among hourly employees, Amazon’s turnover was approximately 150 percent annually, while work from the Wall Street Journal and National Employment Law Project have both found turnover to be around 100 percent in warehouses — double the industry average. It also notes that “only one out of three new hires in 2021″ stay with the company for 90 or more days.”

It seems extraordinarily common that hiring workers is a far higher priority for many employers than preventing these same hires from leaving after a few months (or weeks) as an employee.

Here are six things that employers might give some thought to changing.

In the competition for labour that’s as tough as it’s ever been (and with little change in sight) it would be a good idea for employers to reflect over the summer holidays on how they might change their workplace behaviour to reduce involuntary staff turnover.

Musings from the 2022 RCSA Conference: The age of the individualist is here – are you ready?

Counter-offer reality: Show me the money!